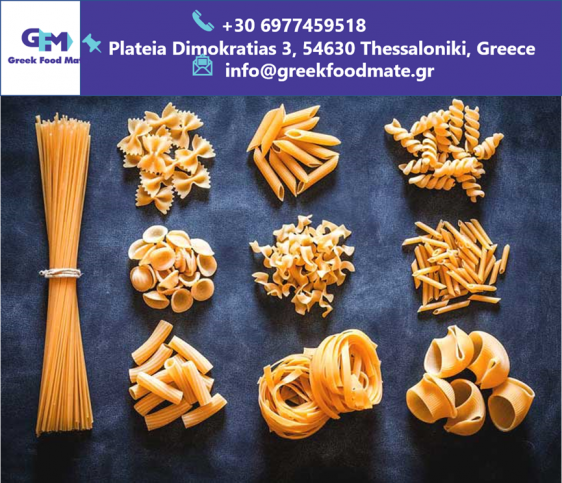 In this nation of bread eaters. The subject of regional pasta is, ironically vast. There are, indeed, dozens, if not more, different traditional Greek pastas, and certainly dozens of ways to cook them. Some are truly unusual. Pasta has always been a part and parcel of the Greek larder. Common belief has it that Marco Polo was the first European to encounter pasta, in his travels to China, and that it turns, he brought it back with him where it became undeniably Italian. It seems more likely though that pasta may not have come from any one place but from several, including ancient Greece. The ancient Greeks had a kind of primitive pasta in the form of a grilled batter they called laganum. The word may be the etymological root of what the Italians call lasagna. Most Greek pasta was made and dried at the end of the summer. Some, though, was made and eaten fresh.

This website uses cookies to improve your experience while you navigate through the website. Out of these cookies, the cookies that are categorized as necessary are stored on your browser as they are essential for the working of basic functionalities of the website. We also use third-party cookies that help us analyze and understand how you use this website. These cookies will be stored in your browser only with your consent. You also have the option to opt-out of these cookies. But opting out of some of these cookies may have an effect on your browsing experience.
Necessary Always Enabled
Necessary cookies are absolutely essential for the website to function properly. This category only includes cookies that ensures basic functionalities and security features of the website. These cookies do not store any personal information.
Non-necessary
Any cookies that may not be particularly necessary for the website to function and is used specifically to collect user personal data via analytics, ads, other embedded contents are termed as non-necessary cookies. It is mandatory to procure user consent prior to running these cookies on your website.
SAVE & ACCEPT